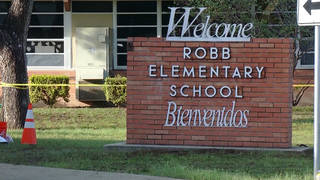 As people mourn Tuesday's mass shooting that left dead 19 students and two teachers, Republicans who still oppose any new gun control measures face growing outrage. "This is a uniquely American problem, and it's happening with such frequency and such devastation, it's almost hard to wrap your mind around," says Robin Lloyd, managing director of the gun violence prevention group Giffords. The NRA has weakened in recent years, but she says the corporate gun lobby is "alive and well" and has prevented any meaningful U.S. gun safety measures for over two decades.

Staff (2022-05-26). After the Uvalde Massacre in South Texas, Will Migrants with Key Info Be Protected from Deportation? democracynow.org 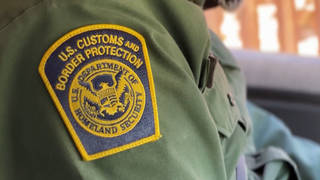 The Department of Homeland Security announced Wednesday it would try to temporarily pause "immigration enforcement activities" in the town of Uvalde, Texas, so families could freely seek assistance and reunite with their loved ones following Tuesday's massacre at Robb Elementary, which left 19 students and two teachers dead. The school's population is nearly 90% Latinx, and Uvalde is part of a heavily militarized border zone in South Texas. Officials must take proactive steps to protect immigrants, especially those who are survivors of crime, says César Cuauhtémoc García Hernández, author…

_____ (2022-05-26). Bloomington Faculty Vote Overwhelmingly in Support of Graduate Student Employee Unionization Efforts. popularresistance.org An electronic vote of all Bloomington faculty has expressed overwhelming support for efforts of the Indiana University graduate student employees to seek union recognition. | Between April 13 and the end of the spring semester, graduate student employees at Indiana University Bloomington, organizing with the United Electrical Workers, struck for campus recognition. The strike was temporarily suspended on May 10th for the summer, with plans for broader and deeper participation should the strike resume in the fall. Faculty on the Bloomington campus were galvanized to support graduate employees by the anti-union res…

_____ (2022-05-26). Call for National 2022 Shut'Em Down Demonstrations. popularresistance.org Call for abolitionist 'Shut'Em Down' demonstrations and teach-ins from August 21st through September 9th in 2022. We know it takes courage to continuously speak out and invoke change. People in U.S prisons are calling on you now to stand with us in strength and numbers in our ongoing historical struggle for ABOLITION!