____ (2022-05-28). Australian Education Union rams through deal to slash Victorian teachers' pay and conditions. wsws.org The sell-out is a sharp expression of the role being played by all the unions in enforcing government and business demands that workers pay for the deepening global crisis of capitalism. 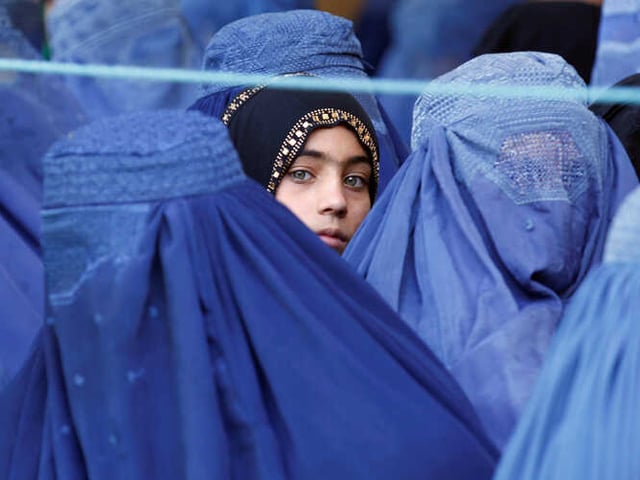 The Taliban on Friday rejected the UN Security Council's call to reverse heavy restrictions imposed on Afghan women, dismissing their concerns as "unfounded". | The Security Council unanimously adopted a resolution on Tuesday that criticised the Taliban for limiting girls' and women's access to education, government jobs and freedom of movement since seizing power last year. | Afghanistan's supreme leader Hibatullah Akhundzada has also ordered women to cover up — including their faces — when in public, triggering international outrage. | Read more: Afghan women defiant but feel 'imprisoned' by order to cover…

Henry A. Giroux (2022-05-27). To End Mass Shootings, We Need to Change the Deeper Structure of Life in the US. truthout.org Violence is the oxygen of authoritarianism. It is the symbolic and visceral breeding ground of fear, ignorance, greed and cruelty. It flourishes in societies marked by despair, ignorance, lies, hate and cynicism. | Violence — and especially the killing of children such as the mass killing that occurred this week at Robb Elementary School in Uvalde, Texas, leaving at least 19 students dead — can't be understood in the immediacy of shock and despair, however deplorable and understandable. The ideological and structural conditions that nourish and legitimate it have to be revealed both in their connectio…

Chris Walker (2022-05-27). Critics Call Biden's $10,000 Student Debt Forgiveness Plan "Woefully Inadequate" truthout.org The Biden administration will cancel up to $10,000 in student loan debt per borrower, according to sources with knowledge of the White House's as-yet unannounced plans. | While any amount of student debt forgiveness would be beneficial to a certain degree, experts have noted that the $10,000 amount will do very little to address the magnitude of the crisis. |